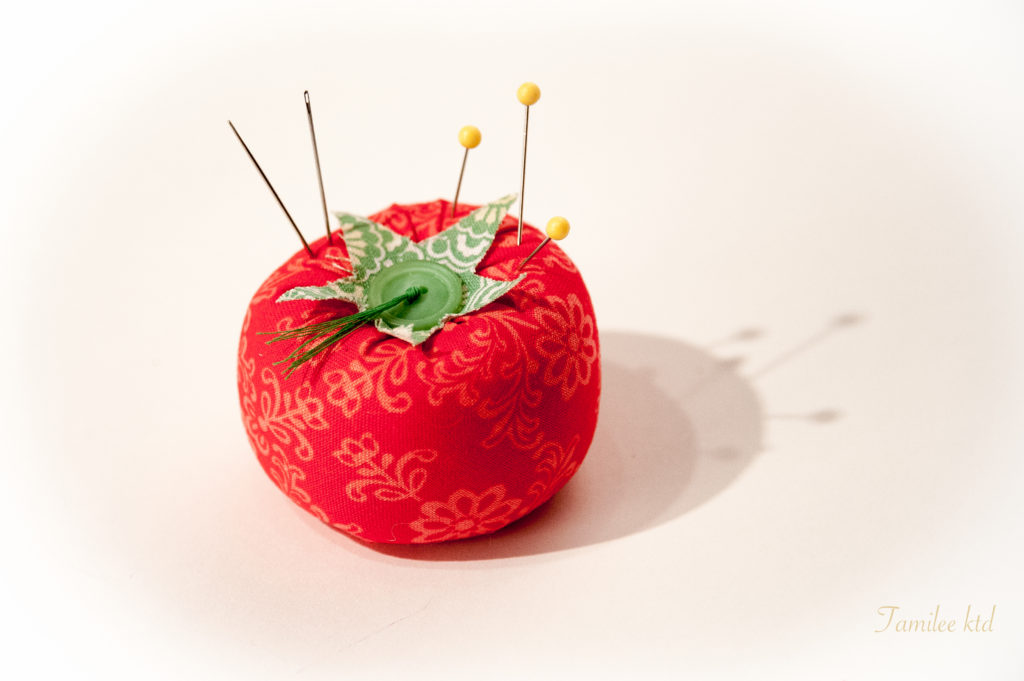 My mom had one, my grandma had one, and even my great grandma had one. A pincushion in the shape of a tomato seemed only natural to me, so I wasn’t at all surprised to find one in the little sewing box my mother gave me when I was a young girl. Still, I often wondered why, of all the shapes a pincushion could take, was the tomato the classic shape for pincushions? 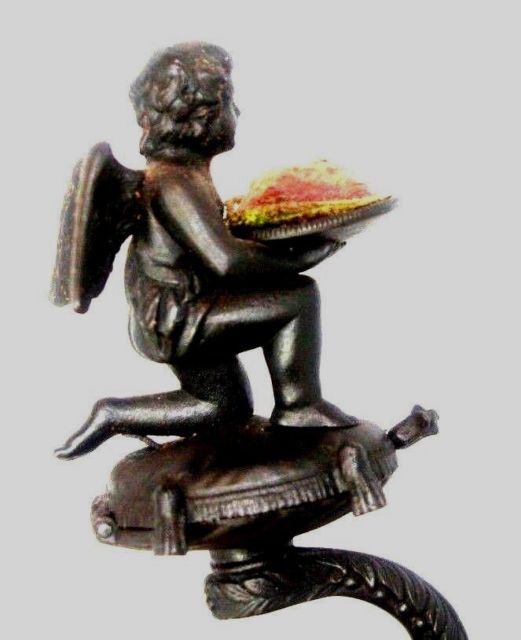 collection of pins and needles. By the early 1700s pin cushions had become a popular piece of home décor were being made from delicately embroidered fine fabrics mounted on ornate stands. During the Victorian Era however, machines were developed that made pins and needles inexpensive to produce. As pins and needles became more commonplace, collections were removed from their pedestals and relegated to sewing baskets where they were handy if not admired.

Although Victorian Era was known for its lavishness, it was during this time that a simple tomato displaced all the ornate pincushions as the classic design. According to tradition, a fresh tomato had the power to ward off evil spirits and during the Victorian Era, it became the custom for neighbors to place a fresh tomato on the mantle of a new family’s home to bring prosperity to the new homeowners. Since tomatoes weren’t always readily available, the good-luck symbol was frequently fashioned from fabric stuffed with wool or sawdust instead. Eventually, the tomatoes found their 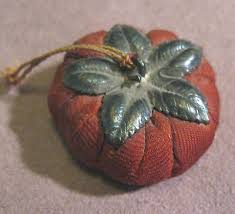 way into ladies sewing baskets as they turned out to be the ideal thing for storing needles. Not only were they a handy size and shape, but the wool and sawdust stuffing helped prevent the pins and needles from rusting.While collections of pins and needles were no longer set on display, a lady of the Victorian Era proudly displayed beautiful collections of antique pincushions, but the but the humble tomato was always the crown jewel of her collection.

I have been playing around with a simple tomato pincushion pattern for my beginning sewing class, leave a comment below to be entered in a drawing to win one of three of these delightful little notions!