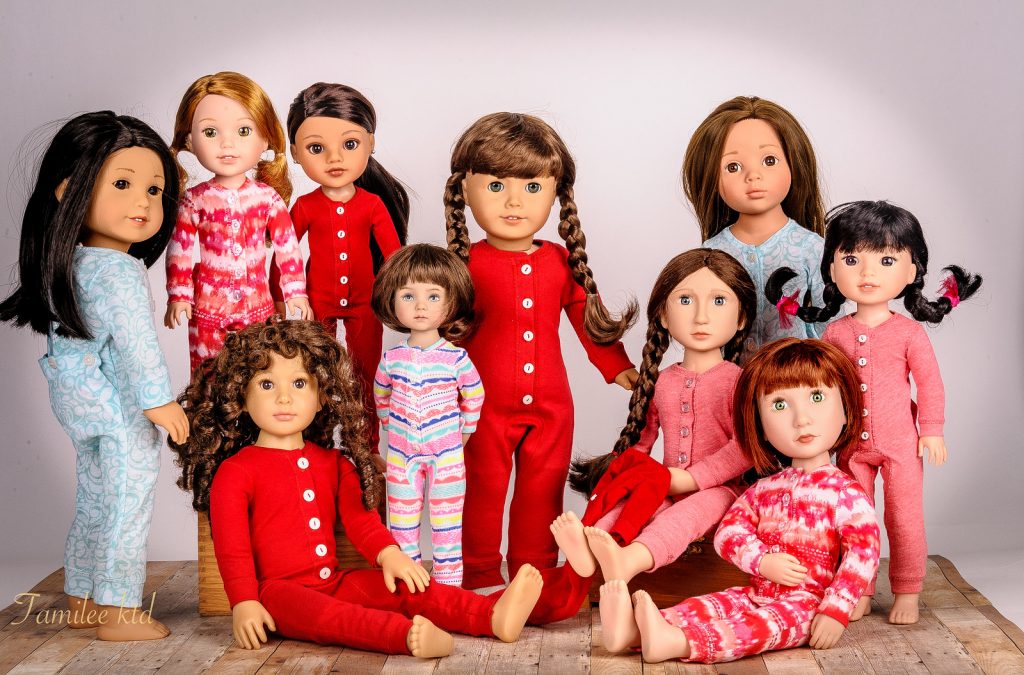 Laura was none too happy about having to wear her red flannel underwear to school; the weather was warm and pleasant and the underwear made her itch so badly that she thought she would be driven to distraction. Ma explained that it was the time of the year for flannels and if she didn’t wear them she might catch a cold. Crossly, Laura made her way to school where she squirmed uncomfortably because she must not scratch.

and hygienic. While feminists, fighting for equal rights, saw this as a perfectly sensible request, opponents claimed that such reforms were immoral, unfeminine an downright scandalous. Loose clothing was a sign of loose morals. The Bloomer Suit, one of the most well known alternative fashions put forth by the movement, was a voluminous pair of trousers worn under a light skirt. It was scorned by religious and political leaders because drawing attention to a woman’s legs led to immoral behavior and weakened family values. Although strict Victorian dress codes hampered any reforms to women’s fashion, it was able to make some headway in reforming women’s undergarments which could be modified without exposing the wearer to social ridicule.

The “Emancipation Union Under Flannel” was first marketed in 1868 in Utica, New York as a form fitting one piece alternative to a corset, chemise, and drawers. It’s practical and comfortable design was so popular that it was soon adopted by men, who preferred to refer to them simply as union suits.Originally, under flannels were made out of soft red or cream colored cotton flannel. In 1878, Gustave Jaeger published his book “Health and Culture” in which he claimed that cotton was unhygienic and only clothing made from animal hair, such as wool, promoted health. Wool let the skin breathe and and helped to keep the body warmer in the winter and cooler in the summer. He promoted the use of knit fabrics for undergarments because its suppleness made it more agreeable to the skin. Soon thereafter, under flannels made almost exclusively from knit fabric and became extremely popular. 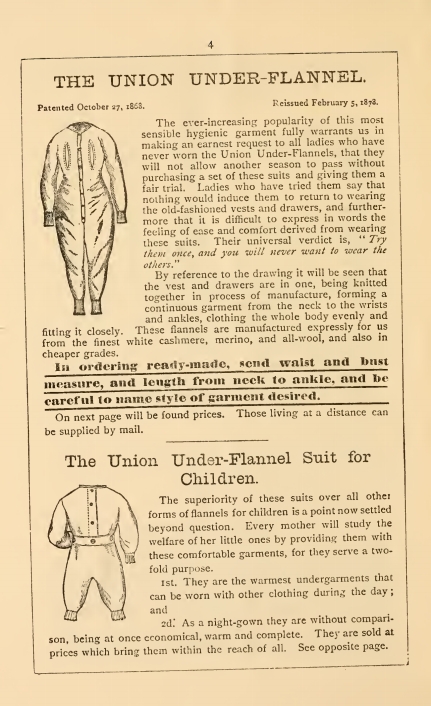 Laura’s flannels were definitely keeping her warmer, but the wool was far from agreeable to her skin. She suffered miserably through her school day until the weather suddenly turned. Within moments, the warm weather gave way to a full blown blizzard and Laura found herself suddenly grateful for her red flannels as she made her way home with Carrie in the raging wind and snow.

It may be the last week of April here, but it is snowing here in Northern Minnesota.  Makes me want to make another Union Suit!  Leave a comment below to be entered in a random drawing to win that Union Suit.  Be sure to let me know what size you’d like in your comment… and what you find cozy on a cold day.

25 thoughts on “Warm Weather and Woolen Under Flannels”