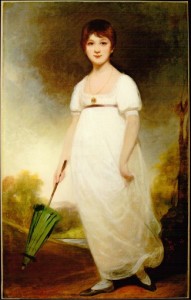 Fashion trends, though seemingly superficial, reveal a great deal about the social and political climate at any given period of time. The sudden and profound evolution of fashion during the turbulent years of the French Revolution is a prime example. Up until the Revolution, fashionable clothing was stiff and confining. People of substance didn’t need to work and the restricting corsets, heavy fabrics, and elegant embellishments testified to that fact. For the nobility, clothing was a direct reflection of their social standing and the more elaborate and restrictive, the better.

The French Revolution which followed on the heels of the American Revolution was directed at the noble class who became targets of the commoners wrath. To be singled out as a noble could mean a one way trip to the guillotine and nobles began to simplify their attire to deflect attention away from them. By the end of the French Revolution, the simple, unembellished, white muslin gown became the most fashionable form of ladies dress.
When Napoleon came to power in 1804, he sought to revive the fashion industry that had suffered during the Revolution. His expeditions to Egypt renewed an interest in neoclassic culture. The empire waist gown developed as a modernized version of Greek and Roman tunics, turbans became a popular head covering, and Egyptian ornamentation began to appear on clothing and jewelry.

Use the Regency Dress from any of these patterns to make your own White Muslin Dress! 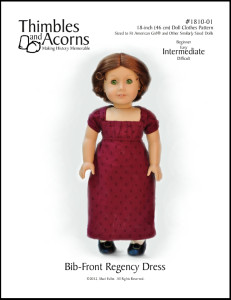 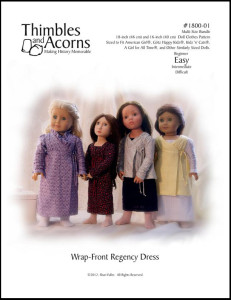 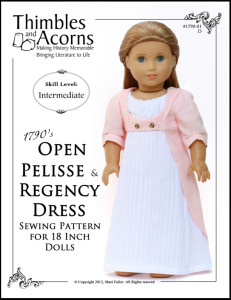