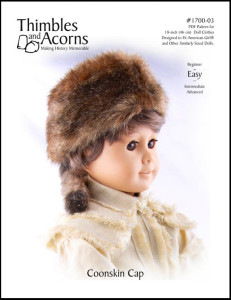 As one of the most recognizable pieces of apparel that sprung out of the American Frontier, it isn’t surprising that coonskin caps originated as part of traditional Native American costume.  What is surprising is how their iconic image developed. In reality, coonskin caps were never widely worn by Americans in the 18th and 19th century; and the image of the frontiersman in a coonskin cap was merely an obscure stereotype.  Although Daniel Boone is probably the first name to come to mind when we think of coonskin caps he, himself, never wore them. He thought that they were too uncivilized and favored the wide-brimmed felt hats that were popular with Quakers.  According to legend, the cap first became associated with Daniel Boone when a respected actor, Noah Ludlow, donned one while portraying the folk hero in a wild west show thinking that the coonskin cap made him look appropriately gruff.  Davy Crockett didn’t generally wear coonskin caps either, but as a shrewd politician, he was known to put one on once in a while in an effort to capitalize on his frontier image while campaigning for office.  Even the pictures of Lewis and Clark decked out in their buckskins and coonskin caps are misleading. Although they did turn to buckskin clothing as their uniforms wore out during their two-and-a-half-year journey across the continent, neither of them ever made a habit of wearing coonskin caps.  One famous American who actually did wear the coonskin cap, however, was one of the most legendary politicians, entrepreneurs, inventors, and wordsmiths ever to find the national limelight. Benjamin Franklin often sported a coonskin cap while lobbying for a treaty of aid with the French during the American Revolution.  The heads of French court thought that surely anyone in the colonies would be a frontiersman, and Franklin decided to play along with it. 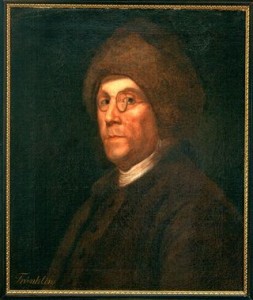 Benjamin Franklin in his cap

The irony is that Franklin was an urbanized gentleman who hadn’t ever spent any time on the frontier.  He had originally worn his fur cap during his voyage to France to keep his balding head warm, but continued to wear it to to portray himself as a classic continental good-ol-boy for his country’s political gain. Fashionable ladies adored him and began wearing their hair in the “coiffure a la Franklin” in imitation of the fur cap he wore instead of a wig.  Needless to say, he 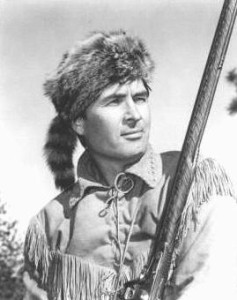 and his hat were a hit at court and eventually won the support of the French government. The national prevalence of the coonskin cap didn’t come until the 1950s and 1960s when Davy Crockett and Daniel Boone, both bedecked in coonskin caps, made their way to the small screen. American nationalism had hit a fever-pitch, the country was in the midst of an economic boom, the cold war loomed, and American global influence had never been more vast.  The television shows, Davy Crockett and Daniel Boone, each portrayed by the actor Fess Parker, evoked the American ideals of independence, resourcefulness, and integrity. A generation of young people, bedecked in their own coonskin caps, looked up to these American folk heroes as a paragon of what it meant to be an American. 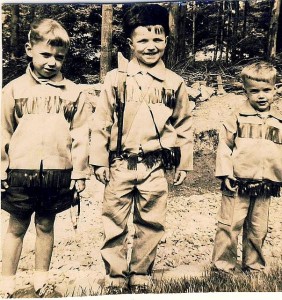 5 thoughts on “The Coonskin Cap”