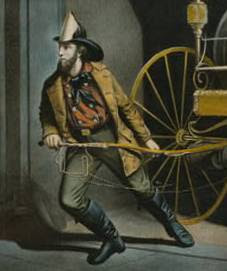 Currier and Ives showed New York firefighters in their red flannel bib front shirts in an 1858 series on the American fireman.

Up until the early 19th century, a shirt was considered underwear and it would have been indecent for a man to go out in public without a vest or jacket worn over it. They were all made from the same basic Square Cut pattern which was little more than a series of rectangles and squares that was fitted only at the neckline and wrists. Shirts made their first appearance as outer garments in the 1800s when firefighters, looking for a practical but smart looking uniform, began making bright red shirts with the addition of a bib front. The bib not only made the shirt more presentable in public, but it also helped them stay together under strenuous activity and gave added protection from burning embers. The position of the buttons allowed the bib to be torn off in a hurry if the need arose. The practical design of the bib front shirt made it popular during the California Gold Rush in 1848. 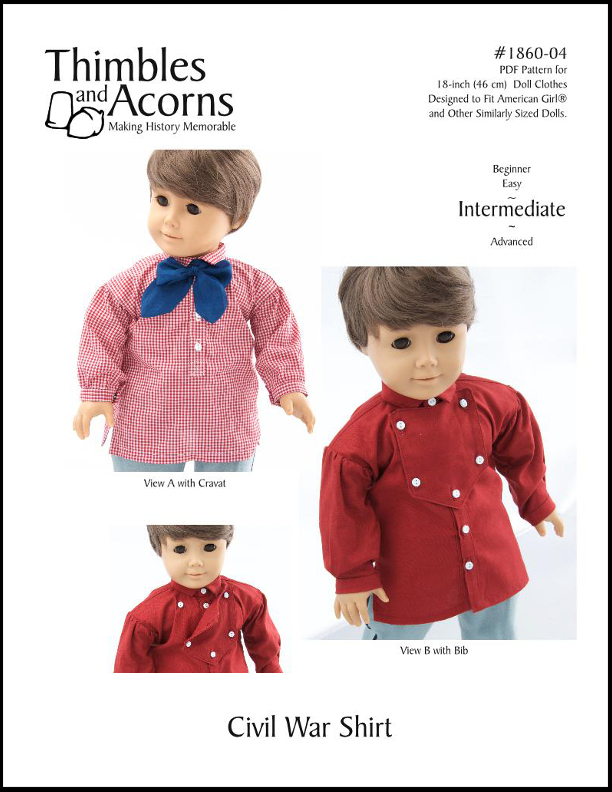 When Isaac Singer began mass producing sewing machines in 1856, it suddenly became possible to mass produce clothing as well. The factory-made shirt came along just in time for the American Civil War, when the northern and southern armies had an urgent need for millions of mass produced uniforms. Bib front shirts became a popular uniform choice in both armies as the bib not only gave a soldier extra protection against the elements, but it also served as an easy to access place for a soldier to store a tobacco pouch, pictures of loved ones, letters from home, or a light lunch, leaving his hands free for his knapsack and weapon.

After the war, many soldiers returned home only to join the United States largest westward migration and their bib front shirts went with them. Since they were made of fine gabardine wool, they lasted forever. (The Union made everything out of wool, including the soldiers’ underwear, hence the name “Union suit.”) There was little need for formal attire in the wild west, and the bib front shirt quickly became a standard western garment and trademark of the American cowboy.

3 thoughts on “The Bib Front Shirt”