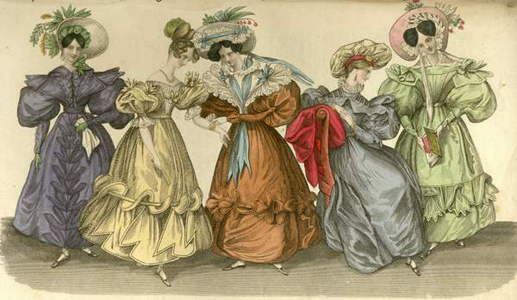 The freedom and liberty fought for in the American and French Revolutions fanned the embers of the Industrial Revolution where innovations in textile production, steam power, and iron making led the way to changes in industry that would influence almost every aspect of daily life throughout the 19th century. After the fall of the elite class during the French Revolution, the average income and population experienced unprecedented sustained growth which lead to the formation of a new middle class which would rise up as the new leading force. As the economy grew and the cost of goods decreased, this new middle class was able to enjoy many of the finer things in life once out of their reach. The plain flowing dress styles that had marked the early Regency period gave way to more and more elaborate fashions that would come into full bloom by the 1930s. As the end of the Regency Era drew near, dresses of the middle class mirrored the extravagence of the 18th century aristocrat. The prevalent trend of Romanticism from the 1820s through the 1840s inspired a new demure and picturesquece dress silhouette with natural waistlines, sloped shoulders, large puffed sleeves, and full skirts. At least a dozen different sleeve patterns with romantic names such as Cavalier, Donna Maria, Sultan, Medici, and Gigot emerged. As the fashion trend progressed, sleeves grew so large they used almost as much fabric as the skirt, and required some sort of structured support to maintain their shape. Critics of the exaggerated proportions often compared women to ants and bottle spiders. When Queen Victoria took the throne in 1837, however, the enormous sleeves began to deflate as the young queen brought with her an air of propriety and morality that would be reflected in the dress of the Victorian Era. As the Industrial Revolution continued through the rest of the century, extravagance continued, but in a much more restrained manner. 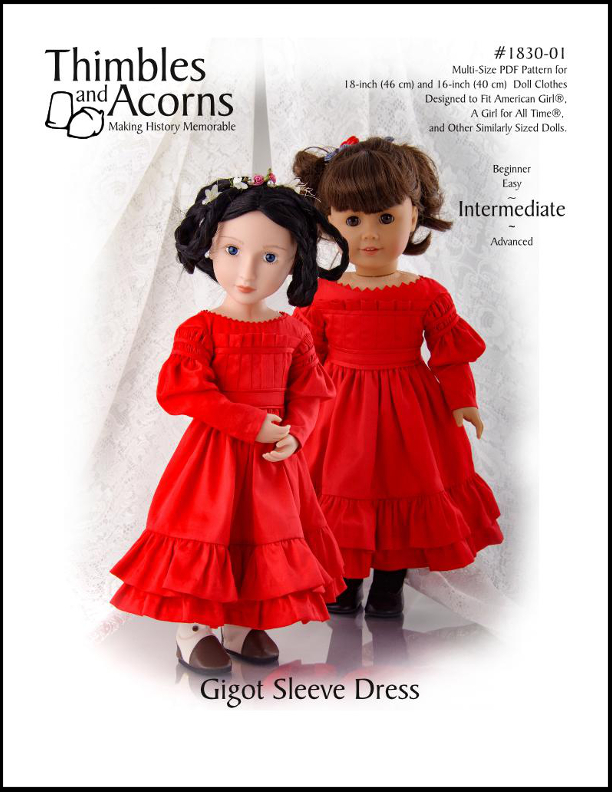 One thought on “Romantic Fashion”