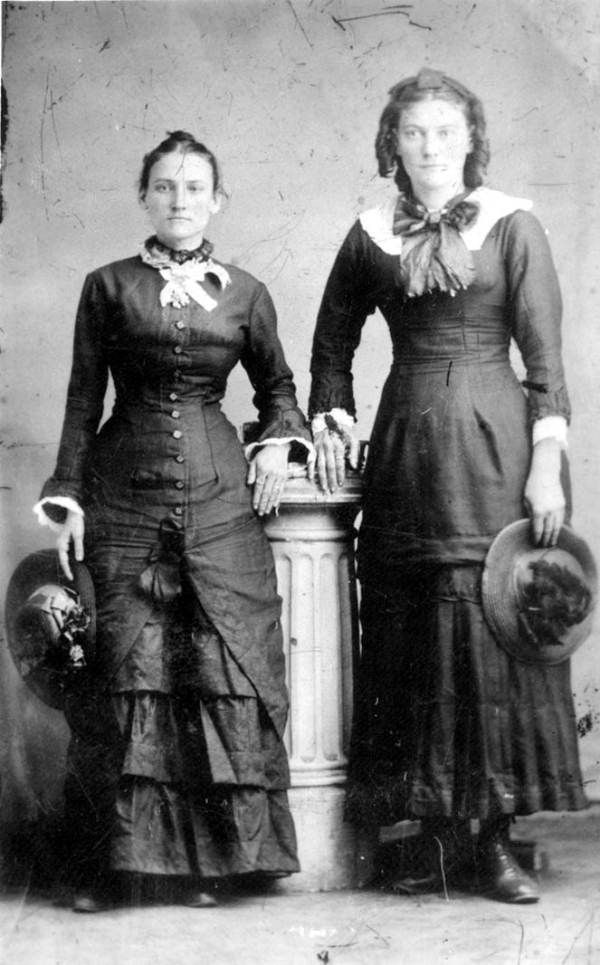 The fashionable Victorian Era coincided with the rugged Westward Expansion of the United States. Each year, from 1807 – 1912, thousands of pioneers would travel across the wild prairies to settle the untamed land west of the Mississippi River. Although guidebooks, written for pioneers preparing for their journey, advised simple clothing made from durable fabrics such as denim, calico, and muslin, many pioneers were unwilling to give up their fine Eastern clothes. It didn’t take long for them to realize how impractical silk dresses and white shirts were and their taste for Eastern fashions quickly gave way to unique but appealing styles that would come to characterize the American pioneer. 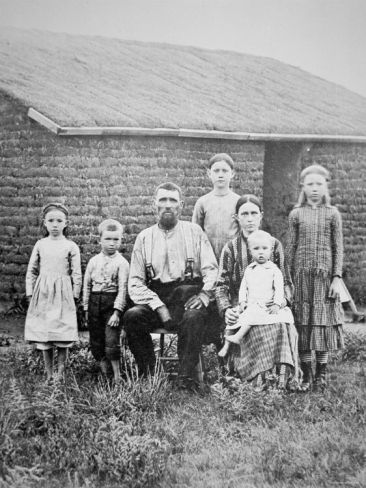 Because of their limited access to provisions, the transition from Eastern to Western life required men and women to become more resourceful and creative when it came to their clothing. Early pioneers wove their own fabrics from linen and wool they cultivated and raised themselves. Linsey-woolsey, a blend of linen and wool developed by early pioneers, was quite common, but it was so scratchy it was often referred to as wincey.  When calico became more readily available, it quickly replaced wincey because it was so comfortable, easy to care for, and came in attractive colors and patterns. One woman commented that “the ideal morning dress for women who do their own work is of calico, not so dark as to be gloomy in its suggestions, nor so light as to show every spot that may happen to soil it. It is simply but tastefully made, so that laundering it will not be too difficult or tedious, and so that it will not be too nice to wear every day.” The design of pioneer clothing was kept simple so that it could be made quickly and then easily made over as necessary. Skirts were made shorter to prevent them from dragging on the ground and sleeves were made long to protect arms from the sun. Clothes were passed down from child to child until there was no wear left in the cloth. Even then, any cloth that still had wear left in it was scavenged to make bonnets, aprons, curtains, or quilts. 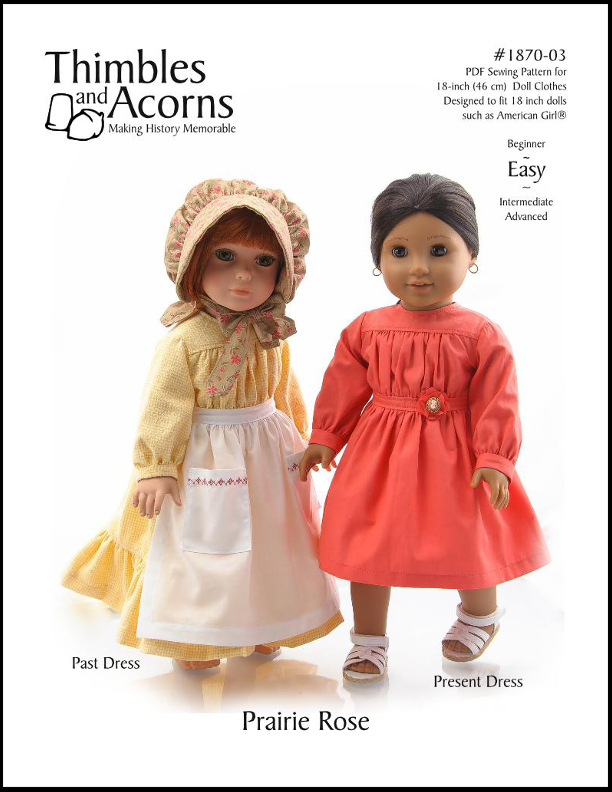 While most Victorian fashions were impractical on the western frontier, women still longed to be fashionable and often inquired about the latest styles in letters to friends and family members. Detailed descriptions of dress patterns and an occasional Godey’s Ladies Book were exchanged by mail. Although elaborate Victorian trimmings and heavily draped skirts had to be avoided, some of the more practical fashionable elements were often incorporated into their wardrobes. Trimmings, such as ruffles and bias tapes, could be fashioned from leftover pieces of fabric to replace a worn hem, lengthen a short skirt, and add new life and charm to a tired dress. As time went on and the land became more settled, pioneers had more access to Eastern goods. Even as more and more fashionable details began to appear in their clothing, the women of the frontier would never completely give up the unique pioneer styles that had come to define their unique culture.