Skip to content
Home » Historical Tidbits » … of Cabbages and Kings

Tailor from Das-Ständebuch the Book of Trades, 1568

Scraps are an inevitable byproduct of any sewing project and many sewists have a tendency to save even the smallest pieces of fabric because they are simply too nice to throw away.  Who knows, they could be find a place in a quilt, as a doll dress, or in any number of small projects.  Still, over the centuries fabric has become less and less dear an even the most economical of today’s sewists end up throwing away fabric that would have once been carefully saved.

In the Middle Ages, fabric was very expensive and a tailor’s skill was not only measured by the quality of his clothes but also the quantity of his cabbage.  Cabbage you say?  What on earth does cabbage have to do with a tailor’s skill?  Actually, a tailor’s cabbage has nothing to do with that delicious garden variety, but actually refers to the pieces of fabric left over from a sewing project that was generally retained by the tailor as part of his wages.  Because cloth came in much narrower widths during the Middle Ages, one of the first skills a tailor’s apprentice learned was piecing.  A tailor that was adept at cutting and piecing garments could be left with some nice size pieces of fabric left over that could be pieced together to make garments for other customers.  Not a piece was wasted and even the tiniest bits of fabric were pieced together to use in garments.  A doublet from the collection at Platt Hall was made pieced together with the cabbage from two different green velvet fabrics.  It has an extraordinary number of pieced components, the nap of which runs in all different directions.

While a good tailor was highly valued, he was often underappreciated; often going hungry when work was slow and without sleep when work was plentiful.  Slow periods of work became known as Cucumber Time in the tailoring trade because a journeyman tailor would often be reduced to to living on cucumbers.  An often used maxim was “Tailors are vegetarians, because they live on cucumbers when without work, and on cabbage when in full employ.” To add to their meager incomes, unscrupulous tailors purposely overestimated the amount of fabric needed for a garment or cut it poorly in order to make off with larger and more valuable pieces of cabbage. This spawned a certain amount of distrust toward tailors in general and by the end of the 17th century, the term cabbage was being used to refer to the devious theft of skimming off the top.  Depending on circumstances, tailors were sometimes charged for excessive cabbage and even hanged for it.

Leave a comment below to be included in a random drawing for enough red linen and batiste “cabbage” to make the kirtle, smock, and coif from our upcoming pattern! 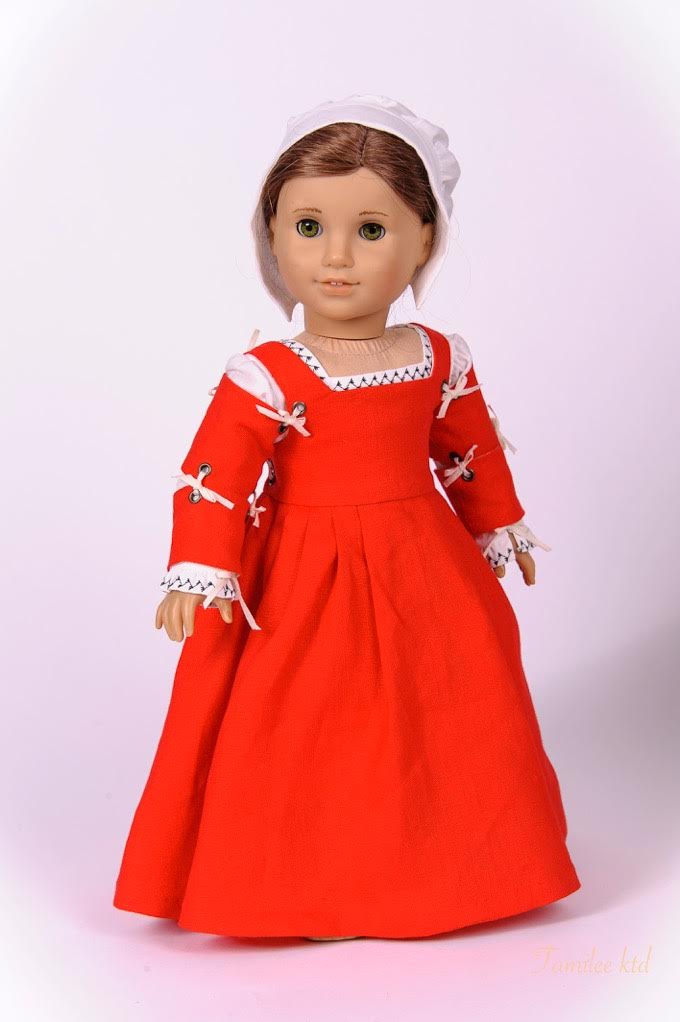 For as tailors preserve their cabbage, so squires take care of bag and baggage. ~ Samuel Butler, Hudibras ca. 1670

49 thoughts on “… of Cabbages and Kings”