Skip to content
Home » Historical Tidbits » 0000 Ancient Times » Judging a Cloth by its Color… What Fabric Tells Us, part 1

When I was very young, I remember admiring a black and white photo of my mom wearing a very pretty dress and the amazement I felt when she showed me that same dress hanging in her closet.  The color was so beautiful.  It had never occurred to me that life was so colorful back then.  Looking at the world around me, I still find it fascinating to think that the blues of the sky, the greens of the leaves, and the bright colors of the flowers are the same today as they were a thousand years ago.   Though we have always been surrounded by an infinite spectrum of color, until recently we have only been able to produce a small portion of that spectrum on fabric.

Clothing from ancient times up until the 18th century was much more colorful than we might expect since the earliest records of fabric dyeing dates back to 2600 BC.  Though the color choices were limited to more organic hues made from a variety of plants, animals, and minerals,  a wide and exciting pallet of reds, oranges, yellows, greens, blues, violets, browns and black could be achieved.  Because cottons and linens don’t readily absorb most natural dyes,  their colors were generally limited to lighter shades.  Wools and silks, on the other hand, readily absorb these dyes which 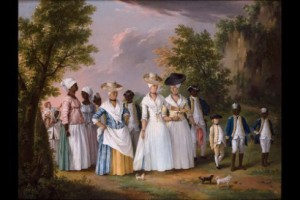 made it possible to dye them in a wide array of rich and dark colors.  All dyes were not created equal however.  The dyestuffs for colors such as red, blue, and purple had to be imported from exotic places and required the skills of trained craftsmen and artisans who understood the complicated methods of extracting and fixing; methods that were closely held secrets of the weaver’s and dyer’s guilds.  While colors such as deep blue, violet, peacock blue, rich deep green, rose, purple, wine, and orange could be achieved, their scarcity and the labor intensity they required made them so costly, only the very rich could afford to wear them.  At least only the very rich could  wear new garments in these colors.  Clothing was so valuable, the second hand market was a thriving trade.  Over time, articles of clothing trickled down the social classes,  being altered, remade, and repurposed along the way.  It may have been that a tattered red velvet cap worn by a poor peasant may have once been a gorgeously bedecked velvet gown of of a noblewoman.

It has long been assumed that black was a color almost exclusively worn by those of higher stations because the deep color was difficult and expensive to achieve.  However, black could be achieved through several simple methods using readily available materials such as oak galls, human urine, blackberry leaves, and lime.  Yes, I did say human urine, and believe me this is not the most repugnant of ingredients used by dyers.  Although black was probably available to people from all social classes, peasants more commonly wore brown as a matter of preference rather than economics.

Blues, derived chiefly from woad and indigo plants, were bright and cheerful and though they weren’t the most expensive dyes, they were by no means cheap.  Woad was indigenous to England and Europe, but the process of extracting the 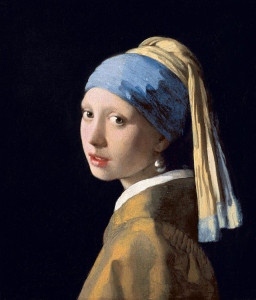 dye was long, complicated, and smelly, as it required many weeks of fermenting in manure

and urine – remember I mentioned that urine wasn’t the most repugnant of ingredients used by dyers.  Queen Elizabeth I forbade the processing of Woad dye within a five mile radius of any royal estate because she so abhorred the stench.  This labor intensive process made the only reliable source for blue color in England so expensive one might pay as much for one blue dress as a small house.  Indigo, one of the oldest known dyes, came from Asia.  It produced a brighter blue than Woad and when it was introduced to Europe in the 16th century, it quickly took over the market.  When trade in Indigo began to threaten the English, French, and German Woad industries, the importation of Indigo was forbidden in these countries until the 17th century.  From then on, Indigo reigned in popularity until the demand for it dramatically increased during the industrial revolution, due in part due to the popularity of Levi Strauss’s blue denim jeans, and the market was quickly destroyed by its own success.   Make a comment below about the color blue to be entered in a drawing for a sample package of 100% silk blue ribbon.

Red dye was one of the most difficult and expensive hues to produce and its distinctive color became a favorite of royalty and a mark of power and wealth.  The first rich, long lasting red dyes came from the Madder plant.  Used by Ancient Egyptians, Romans, and later Europeans, madder was tricky to produce that reached its brightest manifestation with the Turks.  The processing methods for “Turkey Red” took months and included more than a dozen steps.  It was this dye that was used to dye most of the the red wool coats of the British Army during the 18th century.  Another source of red dye came from an insect native to the Mediterranean called the Kermes and is identified in the Biblical book of Exodus where 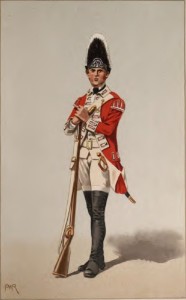 references are made to scarlet colored linen.  It required many thousands of little insect bodies to produce just a small amount of dye.  Kermes was by no means less expensive, 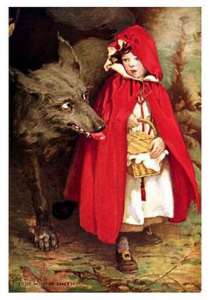 but it was more vibrant and colorfast than Madder dyes.  During an expedition to Mexico in 1518, the Spanish learned of a red dye made from a native insect called the cochineal that had been used by the Aztecs and Mayans for centuries. Cochineal produced the most intense and stunning red Europe had ever seen, quickly becoming one of the most valued commodities from the New World, second only to silver.  Of course, to maintain the monopoly on this valuable new commodity, it was important to keep the sources and production methods a secret – a devastating turnaround for the native population to say the least.  Production of this red dye grew rapidly and when the 18th century brought a period of increased prosperity, bright scarlet red cloth became accessible to everyone for the first time in history.   Because it was still more expensive than other colors, it was generally reserved for special articles of clothing.  The use of scarlet cloth for hooded cloaks became very popular among the working class, adding cheery warmth to the dull cold winter months  The most enduring picture the scarlet cloak was immortalized in the tale of “Little Red Riding Hood”.

Tyrian Purple dye, the grandest of all dyes, was first produced by the ancient Phoenicians and was greatly prized not

Marie Antoinette in a lavender gown.

only for it’s rich color but because it did not fade.  In fact, it became brighter and more intense with weathering and sunlight.  It was also the most expensive dye to produce and was literally worth more than its weight in gold.  Because this richly colored dye was so precious, the Emperors of Byzantium made a law forbidding anybody who was not royalty from wearing it.  The expression ‘born in the purple’ rose from this practice.    Collecting and processing the dye however was far from a regal occupation.  Because each snail produces just two small drops of the milky-looking secretion the dye is derived from, it took as many as 10,000 snails to make enough dye for just one toga.  The secretion came from a small gland inside the snail, and although there were methods of milking it from the snails, it was such a time consuming process that dye producers found it easier to simply crush the snail to get at the gland.   The crushed snails were then left out in the sun to rot before painstakingly collecting all the oozy smelly glands.   By carefully timing its exposure to sunlight, dyers could create a wide variety of shades, the most prized being an almost black-purple.  The smell from the rotting mollusks was so atrocious that no one could bear to live nearby and women whose husbands chose to become dye makers after they were married were given legal grounds for divorce.  By the 18th century. the color purple had become much more widely available as new dying methods found ways to extract the color from an assortment of lichens, berries, and other plants.  Though not as grand, they were certainly pretty and much more affordable.  Comment below about the color purple to be entered in a drawing for a sample package of 100% silk Pomegranate ribbon.

By the 18th century, alternative sources, improved dyeing methods, the rise of the middle class, and relaxed sumptuary laws made just about all the existing fabric colors available to everyone.  Still, certain colors were still more precious than others and owning a bright red cape or peacock blue shoes was akin to owning a pair of the very

latest designer jeans today.  The 18th century was a period of revolutions, revolutions that not only brought individual freedom to the common people, but a new freedom of thought that lead to many new and exciting innovations.  Chemistry was just emerging as a new branch of science and in 1775,  Carle Wilhelm Scheele invented the first chemical dye.  Scheeles’s Green, a deep rich green, was derived from copper and arsenic and despite evidence that the dye was highly toxic, the new color became all the rage.  Carl Scheele opened the door to the development of chemical and synthetic dyes in the 19th century that eventually give us the infinite spectrum of fabric dyes that we have today.  Just like any revolution, there would be a dark side with countless victims of fashion… and not just victims of poor taste.

49 thoughts on “Judging a Cloth by its Color… What Fabric Tells Us, part 1”