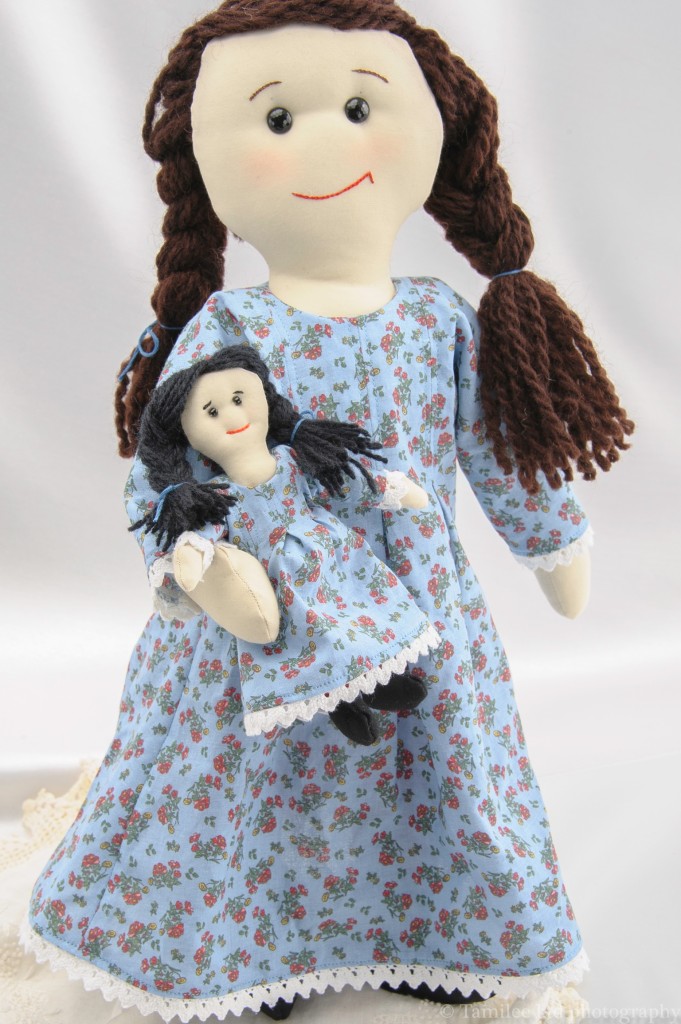 Thimbles and Acorns Charlotte Pattern will be available soon!

February 7, 2016 marked Laura Ingalls Wilder’s 149th birthday and as a way to celebrate my childhood hero, I have spent the last few weeks working on a pattern to commemorate her beloved doll Charlotte.  Charlotte was given to Laura as a Christmas gift in Little House in the Big Woods, the first book in the Little House series, and made appearances in every Little House book that Laura published thereafter.  Laura loved Charlotte and even after she grew too old to play with her, Charlotte continued to be one of her most precious possessions. Though she was just a doll, the fact that Charlotte is remembered in the happiest and most poignant moments in Laura’s stories is a tribute to the impact this doll had on her life. 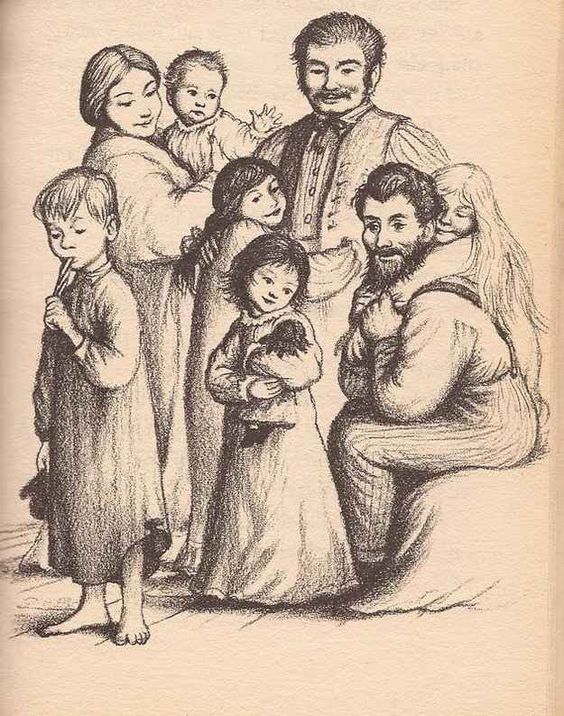 Recreating Charlotte has been a labor of love, but as I worked I was reminded of an article I came across a while back about Dame Athene Donald, professor of experimental physics at Cambridge University.  Click Here to see the article.  In the article, Dame Athene blames toys such as dolls, for creating gender stereotypes that discourage girls from studying science and engineering. The article left me a little perplexed. What could possibly be wrong with girls playing with dolls?  According to Dame Athene, “Girls’ toys are typically liable to lead to passivity – combing the hair of Barbie, for instance – not building, imaging or being creative with Lego or Meccano.” Like most girls, I grew up with dolls; I dressed them, talked to them, combed their hair, shaved their heads, and gave them tattoos with ball point pens and permanent markers… after which I would play doctor and wrap their disfigured parts in bandages.  As I grew older, my interest turned to sewing, and my dolls became my ever patient and uncomplaining models.  I will admit, I never built bridges with my dolls, but it was through sewing for them that I was able to master math, geometry, and mechanics.  I would hardly call my playtime passive.

Science itself has shown us that the presence of testosterone in boys brains makes boys more aggressive and competitive while the lack of testosterone makes girls more social and and nurturing, so why are we surprised that boys tend to prefer toys they can throw, drive, build, and destroy whereas girls prefer toys they can talk to and take care of?  While I have no doubt at dolls can have a significant impact on a girls development, I fail to see how this impact can be negative.  Since girls, by design, are more social, why would we want to discourage them from playing with toys that help them develop their natural gifts?  I understand Dame Athene’s desire to see more girls enter the fields of science, technology, engineering, and math, however, I think we need to be careful not to cross the line between encouraging and pushing girls into these fields of study.  Perhaps, it would be better to start evaluating the fields that women are most drawn to and the contribution they bring to society. While girls, in general, may not be drawn to sciences that have limited social interaction,  they are drawn to more interactive sciences such as medicine, psychology, nursing, and teaching.  Because it is the way they are wired, it is understandable that many girls are drawn more towards nurturing careers instead of science and technology, especially when they start having children of their own.  This is something that should be applauded and not discouraged.

The fact that Laura Ingalls Wilder maintained such a deep affection for her childhood doll Charlotte throughout her life attests to the fact that playing with her no doubt helped to shape and develop her character and personality.  While her stories tell of many wonderful and exciting times she had growing up, life as a pioneer was hard and playing with Charlotte no doubt helped her to not only celebrate the joys but also work through the challenges she faced in her childhood.  Laura grew up to be a strong, independent, and intelligent woman. She worked tirelessly alongside her husband overcoming many difficulties and setbacks to build a successful farm from the ground up. She found her voice as a writer for farming publications and when her daughter became a successful book editor the two worked together to produce one of the most loved and memorable children’s books series of all time. What a tribute to Charlotte that Laura found a place to remember her in each of her stories.

Leave a comment below to be entered in a drawing to win a Charlotte doll for yourself!

49 thoughts on “For the Love of Charlotte”