When the Spartans finally conquered Athens in 404 BC, it was an empty victory. Years of fighting had taken its toll on both sides and Greece was never able to fully rally its strength again. In 346 BC when Greece found itself in need of an ally, they turned to Philip II of Macedonian. Philip was more than happy to help – help himself to Greece, that is. Before long, the Greeks found themselves under Macedonian sovereignty.

In 337 Philip II organized an army to fight against the Persian Empire, but when the invasion was in its very early stages, he was assassinated. Philip II’s son Alexander III, who would later become known as Alexander the Great, succeeded him. In his youth, Alexander had been tutored by Aristotle who inspired his lofty ambitions of spreading Greek culture throughout the known world – after he had conquered it, of course. His first conquest was the Persian empire, and for the next ten years he continued to push his way east, conquering everything in his path. Alexander had planned to reach the “ends of the world and the Great Outer Sea”, but his troops had had enough and refused to go any further than India. Despite his disappointment at being forced to turn back and return home, Alexander’s kingdom ultimately stretched from Macedonia to India and was the largest the world had ever known up to that point. 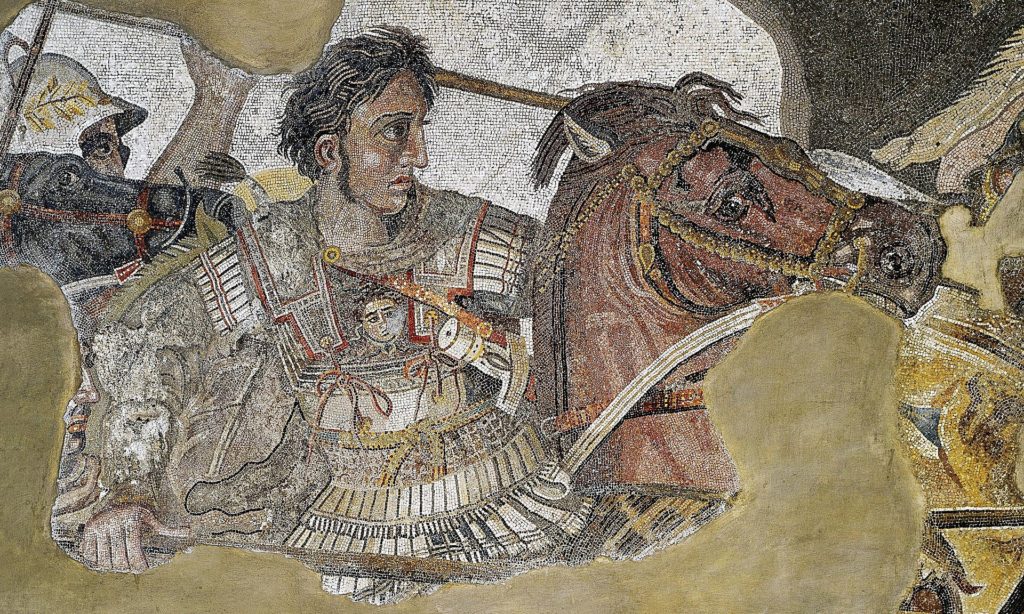 According to the Greek historian Strabo (63-24 AD), Alexander extended the Greek Empire as far east as China which the Greek called Seres (meaning ‘the kingdom of silk’). Although some silk had been imported from China for centuries, it was such a rare and mysterious commodity that most people had only heard tales about it. ~ Learn more in From Fig Leaves to High Fashion… Part 5, China ~  What little silk made its way west came through Persia, and with Persia under his control, Alexander sought to bring more of this marvelous cloth to Greece. Prior to Alexander, the Persians had built the Persian Royal Road to manage their large empire. It ran from Susa, modern day Iran, to the Mediterranean Sea. Postal stations with fresh horses for envoys were set up along the entire route to quickly deliver messages throughout the empire. The Greek historian Herodotus wrote of the speed and efficiency of the Persian messengers, stating “There is nothing in the world that travels faster than these Persian couriers. Neither snow, nor rain, nor heat, nor darkness of night prevents these couriers from completing their designated stages with utmost speed.” These lines from his Histories would later become the unofficial creed for the United States of America’s post office! Alexander used these roads to open up what would later become known as the Silk Road to the western world. As silk and other goods began to circulate more regularly from east to west, so did ideas and cultures.

On their way home, Alexander and his army stopped in Babylon where he died unexpectedly in 323 BC at the age of 32.  Just as he had set out to do, Alexander brought the Greek language and culture to much of the known world, and yet at the same time he brought back a fascination with the splendid and exotic cultures of the far east.

Make your own Dorian-style Greek Chiton for your 18-inch or 16-inch doll using our FREE tutorial, available now at Pixie Faire.  Whether or not you plan to make one, be sure to stop in for a look.  If you answer the question in the comments, you will be entered in a random drawing to win one of the two sets pictured! 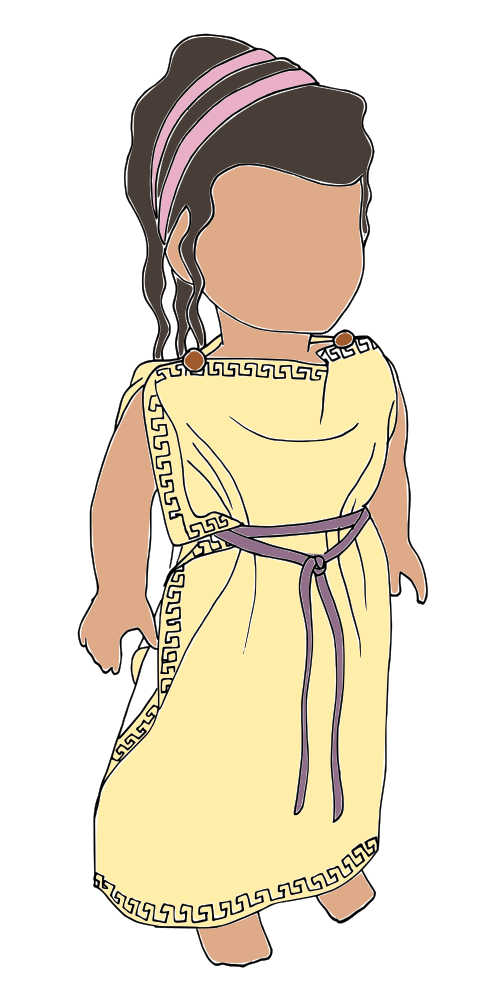