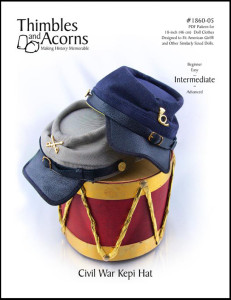 Pair this hat up with our Civil War Uniform!

To learn more about the history behind this hat, click here.