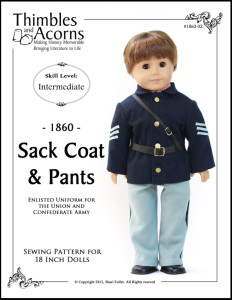 Pair this outfit up with our Civil War Kepi Hat!